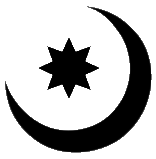 The Aquarian Gospel
of
Jesus, the Christ of the Piscean Age:
✦ ✧ ✦
The Philosophic & Practical Basis of the Religion of the
Aquarian Age of the World, and of the Church Universal
B Y
Levi H. Dowling


Contents of the Book


BOOK I. ALEPH †
Chapter One.
Palestine; the birth of Mary—Joachim's feast; Mary is blessed by the priests; a priest's prophecy; Mary abides in the temple; she is betrothed to Joseph.

AUGUSTUS CAESAR reigned and Herod Antipas ruled in Jerusalem. 2 Three provinces comprised the land of Palestine: Judea, Samaria, and Galilee. 3 Joachim was a master of the Jewish law, a man of wealth; he lived in Nazareth of Galilee; and Anna of the tribe of Judah was his wife. 4 To them was born a child, a goodly female child, and they were glad; and Mary was the name they gave the child. 5 Joachim made a feast in honor of the child. But he invited not the rich, the honored and the great; he called the poor, the halt, the lame, the blind, and to each he gave a gift of raiment, food, or other needful thing. 6 He said, "The Lord has given me this wealth; I am his steward by his grace, and if I give not to his children when in need, then he will make this wealth a curse." 7 Now when the child was three years old her parents took her to Jerusalem, and in the temple she received the blessings of the priests. 8 The high priest was a prophet and a seer, and when he saw the child he said, 9 "Behold, this child will be the mother of an honored prophet and a master of the law; she shall abide within this holy temple of the Lord. 10 And Mary did abide within the temple of the Lord; and Hillel, chief of the Sanhedrin, taught her all the precepts of the Jews, and she delighted in the law of God. 11 When Mary reached the age of womanhood she was betrothed to Joseph, son of Jacob, and a carpenter of Nazareth. 12 And Joseph was an upright man, and a devoted Essene.

N EAR HEBRON hills of Judah. Zacharias and Elizabeth abode. 2 They were devout and just, and every day the read the Law, the Prophets, and the Psalms which told of one-to-come, strong to redeem; and they were waiting for the king. 3 Now Zacharias was a priest, and in his turn he led the temple service in Jerusalem. 4 It came to pass that as Zacharias stood before the Lord and burned the incense in the Holy Place, Gabriel came and stood before his face. 5 And Zacharias was afraid; he supposed that some great evil was to come upon the Jews. 6 But Gabriel said,"O man of God, fear not; I bring to you and all the world a message of good will and peace on earth.7 Behold, the prince of peace, the king whom you seek, will quickly come. 8 Your wife will bear to you a son, a holy son, of whom the prophet wrote—

9 [Mal. 4:5, Isa. 40:4] 'Behold, I send Elijah unto you again before the coming of the Lord:
he will level down the hills and fill the valleys up, and pave the way for him who shall redeem.'

10 From the beginning of the age your son has borne the name of John, the mercy of the Lord; his name is John. 11 He will be honored in the sight of God, and he will drink no wine, and from his birth he will be filled with the Holy Breath." 12 And Gabriel stood before Elizabeth as she was in the silence of her home, and told her all the words that he had said to Zacharias in Jerusalem. 13 When he had done the service of his course, the priest went home, and with Elizabeth rejoiced. 14 Five months passed by and Gabriel came to Mary in her home in Nazareth and said, 15 "Hail Mary, hail! Once blessed in the name of God, twice blessed in the name of the Holy Breath, thrice-blest in the name of Christ; for you are worthy, and you shall bear a son who shall be called Immanuel. 16 His name is Jesus, for he saves his people from their sins.

17 When Joseph's daily task was done he came, and Mary told him all the words that Gabriel spoke to her, and they rejoiced; for they believed that he, the mighty man of God, had spoken words of truth. 18 And Mary went with haste to tell Elizabeth about the promises of Gabriel; together they rejoiced. 19 And in the home of Zacharias and Elizabeth did Mary tary ninety days, and after ninety days she returned to Nazareth. 20 To Zacharias and his wife Elizabeth a son was born, and Zacharias said, 21 Most blessed is the name of God, for he has opened up the fount of blessings for his people, Israel. 22 His promises are verified; for he has brought to pass the words which holy prophets spoke in olden times. 23 And Zacharias looked upon the infant John and said, 24 You shall be called the prophet of the Holy One; and you will go before his face and prepare his way. 25 And you will give a knowledge of salvation unto Israel, and you will preach the gospel of repentance and the blotting-out of sins. 26 For behold, soon the Day Star from on high will visit us, [Psa. 107:10, Isa. 9:2; 42:16] to light the way for those who sit within the darkness of the shadow-land, and guide our feet unto the ways of peace.